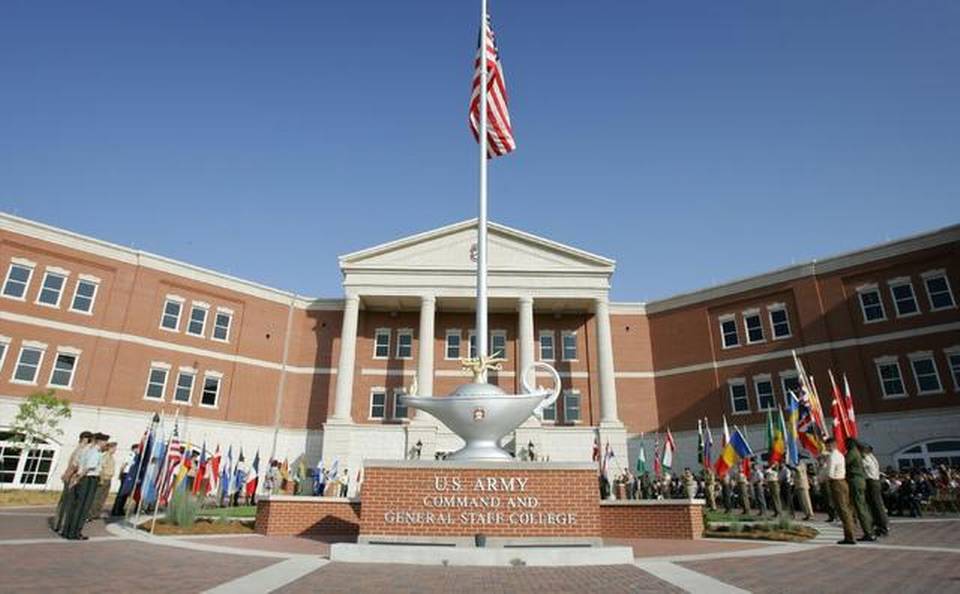 Since 1894, Fort Leavenworth has offered coursework for military officers from around the world.
File photo by Keith Myers/The Kansas City Star

Row after row of military officers, each decked out in dress uniform, filled the orchestra seating at the Kauffman Center for the Performing Arts.

Each officer had been introduced and walked the stage. In total, 135 people representing 78 countries were at the event last Friday. It was a moment where more of Kansas City needed a seat. Along with those who dismissively believe that little of international relevance occurs in the region.

The evening was intended to bridge the massive gaps between the civilian public and their knowledge of the military, particularly longstanding programs like the international officer training at Fort Leavenworth.

Since 1894, Fort Leavenworth has offered coursework for military officers from around the world. But last week's "Celebration of International Friendship" was a first, with plans already underway to repeat it annually.

The Kauffman gathering, in conjunction with the local chapter of People to People International, also honored the memory of David Beaham, who died unexpectedly in 2011. Beaham was president of Faultless Starch Bon Ami Co. He also was a founder of the board of trustees that supports the college's foundation.

New officers from around the world arrive every May, studying for a year at the U.S. Army Command and General Staff College. It's a selective pool. Nearly 30 graduates have gone on to lead their nations as president or prime minister. Officers, who often bring their spouses and families, are paired with three sponsors: a person to help them navigate Kansas City, another for Leavenworth and a member of the U.S. military. The program is always seeking more civilian sponsors to help introduce the officers to American culture, taking them on excursions in the area.

Tystad studied the Middle East and Islam before graduating in 1985. But he stresses that military training in decision-making and strategy translates well in the corporate world after officers retire, when skills are needed to deconstruct a problem, chose the most viable solution, then implement it.

"Yes, we teach armies how to fight and win," he said. "But we also teach values, ethical thinking, leadership, critical thinking and all of those things helped me later in business."